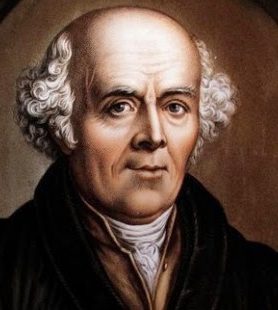 Samuel Christian Friedrich Hahnemann is the founder of the Homoeopathy. He was born in early hours of 10th April 1755. He was an Allopathic physician having MD Qualification. He left Allopathic practice & adopted translating profession, for his living requirements.

During his life time, he published more than 116 large works & about 120 pamplets on different scientific topics. He founded & accepted chair on Homoeopathy at the leipzic University from 1812 to 1821. He was a great chemist too.

His life was one long victory of accomplishments. He wrote many books on Homoeopathy. His death at the age of eighty nine years in Paris on the morning of Sunday 2nd July 1843 put an end to his early life but never to his fame & his glory. He remained all through in the "hall of Frame"Dr. Hahnemann is dead, but his mighty truth cannot die, "He did not live in vain".